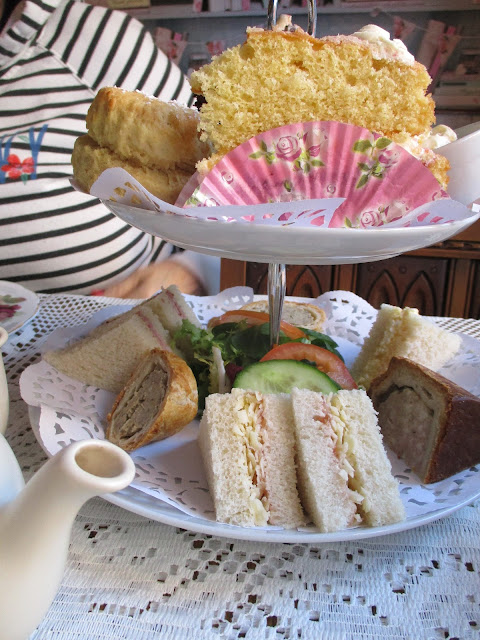 There's something about January which makes me low.  Maybe it's because Christmas is over.  Maybe it's because light levels are low.  Whatever it is I know I'm not the only one to find January difficult.  It happens every year and really it's January and February too which is too long a period to feel low.


So I need a bit of January Joy!  Today I found just that.  Sharon, my cousin's wife, had been given a voucher for afternoon tea at a local tearoom and she very kindly invited me and we had afternoon tea at lunch time.  Look what arrived.  We both gasped as it looked a wonderful tea-for-two.  We gasped even more when a second cake stand full arrived - this food is just for one person.  You won't be surprised that we needed a doggy bag and Sharon's grandchildren were in luck. 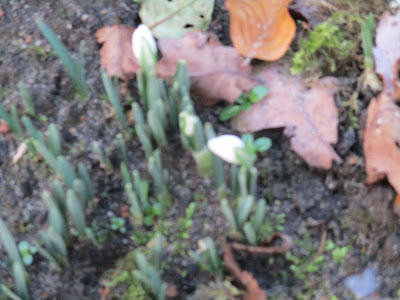 When I got home I nipped out into the garden and I was greeted by the sight of my first snowdrops!!  Oh aren't they a joy!  And these are just the first of many. 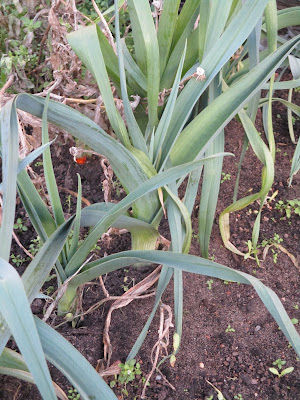 While I was out there I had a check on the veg patch and the leeks are now lovely and fat.  The joy of leek and potato soup will soon be mine.

Posted by Frugally challenged at 20:54