One for the girls

Skipping was for the girls. Every girl had a rope, either a fancy one with painted wooden handles or more likely a piece of worn out washing line.   We would skip on our own at home but in the playground it was generally a group thing.  We had loads of skipping rhymes.  They had to be short so no-one would have to wait too long for their turn.  One of my favourites was

That one was accompanied by an enthusiastic pretence at throwing up.

Being the rope turner was never popular so it became a sort of forfeit if you "missed a link" or made any other mistake.

Skipping ropes also made the walk home more fun too.  We would all run home turning our ropes as we ran.  Happy days

Posted by Frugally challenged at 10:02 3 comments:

Email ThisBlogThis!Share to TwitterShare to FacebookShare to Pinterest
Labels: Childhood, Remember when

September (and maybe even more October) is a great time for musing and remembering.  The nights are drawing in and although I no longer have a real fire I do sometimes light candles and the gentle light is more conducive for looking into the past than trying to organise the present.

September was back to school.  I loved school - well until I was about seventeen then I wasn't so keen.  Primary school was wonderful, lessons were exciting, learning came naturally.


Apart from lessons though there was playtime and at this time of the year conkers were the game of choice.  I've been told that conkers aren't looked on with quite the same favour now as they were in my childhood but the fifties were a great time to be a kid.  I was never much good at playing conkers but I loved collecting them.  Those wonderful shiny "nuts" ready to be prised out of their spiny coating.  They were just the right size for keeping in your pocket or clutching in your hand.  Mention that something is chestnut coloured and it's conkers (horse chestnuts) rather than sweet chestnuts which come into my mind.

Everybody had their own theories about the best way to harden a conker.  Some soaked them in vinegar, others burnished them with shoe polish.  We had a Rayburn in the kitchen and Mother would put my offerings in the slow bottom oven.

I've really enjoyed writing this post.  I shall have a smile on my face all day!

Posted by Frugally challenged at 09:26 5 comments:

Email ThisBlogThis!Share to TwitterShare to FacebookShare to Pinterest
Labels: Childhood, Remember when, School 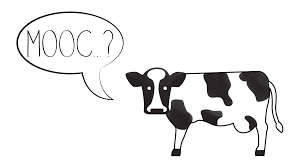 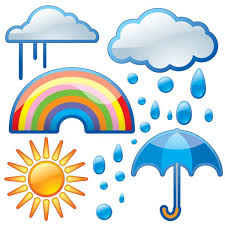 I love Moocs!   Moocs are Massive Open Online Courses and you can find them at Futurelearn and Coursera.  They are free courses offered by top universities all over the world.  There's no written work just discussion forums to allow participants to engage with each other on line.

Not all are on offer at the same time so you need to check regularly.

Today I have started a course about the weather.  It's being offered by the University of Exeter and I'm not sure if it's offered internationally although most Futurelearn courses are  but the examples in this one seem to be all British. It promises to teach about the weather with regard to walkers, photographers and gardeners so it should prove interesting and IT'S FREE!!!

Posted by Frugally challenged at 21:07 4 comments:

Many years ago, when I was still training for the ministry, one of my teachers said something like, "God has given the church a huge treasure to care for but he hasn't entrusted the whole of his treasure to any one part of his church,  Each part needs to look at the others to see more and more of his treasure."

When I retired I decided that I wanted to go treasure hunting: I wanted to look beyond my own denomination, to worship with other Christians.  I didn't want to go to special services but to ordinary Sunday worship.

For a long time that couldn't happen.  God still wanted me for proclaiming the good news as a leader,  However, when the congregations where I had been leading worship got their own vicar I  again looked forward to treasure hunting.

And today I was able to worship with our local independent church.  I have many friends there (they have wonderful Ladies Lunches!) so I was made most welcome.  There I enjoyed the vigour of the worship and the informality of the atmosphere.  Today was cafe church so I also enjoyed a generous slice of carrot cake!

And I came away feeling refreshed and thankful again that God has given his church such a rich treasure.
Posted by Frugally challenged at 21:23 5 comments:

Email ThisBlogThis!Share to TwitterShare to FacebookShare to Pinterest
Labels: Church 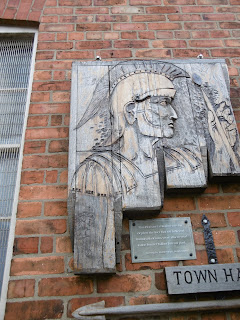 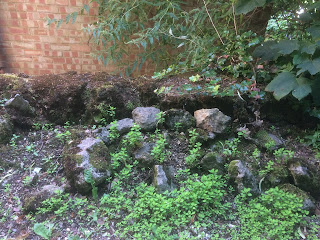 No prizes offered for guessing that the name Caistor derives from Castrum, the Latin term for a fortress or camp.  There's no evidence of a fortress here so let's stick with camp, even if this wood carving suggests something very military.

We've got little bits of Roman wall including this bit behind the parish church.  I know it looks like part of someone's rockery but I promise it is part of a Roman wall.  It has its own blue plaque to prove it!

A few years ago the local co-op built a new shop, or rather they converted a pub to create a shop.  When the pub carpark was excavated a Roman cemetery was discovered with forty six sets of human remains, including men, women and children,  They were dated to the fourth century.

Local tradition says that Simon the Zealot (one of the twelve apostles) was martyred here in AD61 on the orders of the Roman Procurator Catus Decianus.  However Beirut, Jerusalem and Turkey also lay claim to being the saint's place of death.

Posted by Frugally challenged at 14:28 3 comments:

Email ThisBlogThis!Share to TwitterShare to FacebookShare to Pinterest
Labels: Caistor

I've lived in this lovely town for seven and a half years now and I love it!  It's a small town, many would call it a village: either way it's friendly and there is a tremendous civic pride.  We have community events, we have a flourishing arts and heritage centre run mostly by volunteers and we have a library which is open seven days a week again because of volunteers.


And we have flowers.  Gardens here are fantastic but what amazes me are the public floral displays, again maintained largely by volunteers.
Posted by Frugally challenged at 15:45 5 comments: