Sue, at a smaller and simpler life, challenged us to publish three photos of ourselves.  Sue, I accept your challenge!

Here's my blog picture.  I was less than two years when this was taken so it's around seventy years old 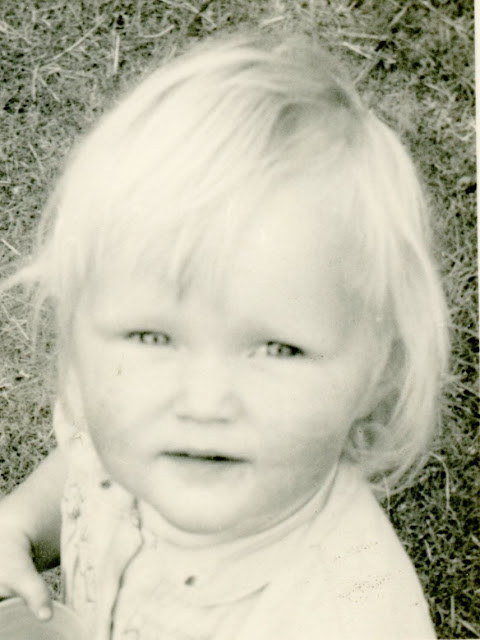 Now for the scary one.  I was at a village event and allowed the children to tell the face painter what to do.  They took great advantage of my weakness! 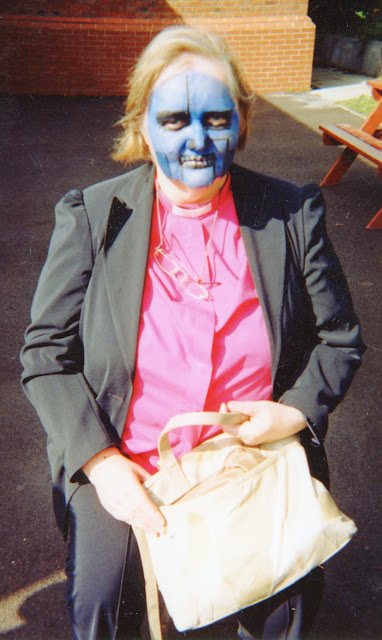 And my most recent photo. taken Sunday 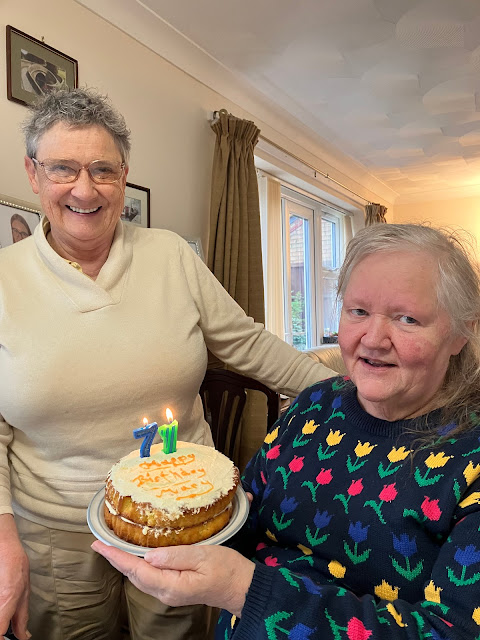 Posted by Frugally challenged at 07:53 14 comments:

Email ThisBlogThis!Share to TwitterShare to FacebookShare to Pinterest
Labels: Blogging

G is for garden

The garden hasn't been as good as usual this year because I am waiting to have various alterations done to the house and that will risk damaging plants.   I chose not to buy lots of bedding plants rather than let them be run over by a digger.  However, the Mighty Jack has been doing his usual thing so it has still been pleasant to wander around my plot.
The front garden is referred to as Jack's garden.  This means that he is allowed rather more leeway than in "my" garden which is behind the house.  He disapproves of poppies, hebes, foxgloves and lots of other things which I can't remember at the moment. (It's quite a long list!) I find it rather comforting that he disapproves of more than just me.  He didn't come for a while a few years  ago (health and family issues) so I snuck in various things.  Somehow, though, there weren't many poppies this year.  He doesn't know where they went, or so he says.

I am allowed to have what I want in the back garden.  What I want is flowers and vegetables.  He doesn't mind that either but I insist they have to be grown together.  Personally I think that an obelisk covered with runner beans is a glory in any flower bed while tagetes and snapdragon deter various pests and attract bees and beneficial insects in the veg plot.

Posted by Frugally challenged at 15:38 7 comments:

F is for friends 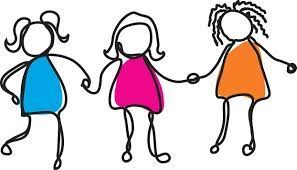 Really it should be that a Gold Star is for friends.  I've collected them all my life.  Here are a few.

First S.  Her parents were friends of my parents and we started school together.  These days our friendship is mostly conducted by Christmas letters and the occasional e mail but last year I had the privilege of conducting her mum's funeral.  That wonderful lady used to hide several of is when we bunked off from cross country at school!   S and I spent a hilarious afternoon remembering each other's mothers.

A little later I met A.  She had spent her early years in Northern Ireland and the family moved here during The Troubles.  Again we knew each other's family and a few years ago I went to her mum's ninetieth birthday party - once again a hilarious time of reminiscing.

I got E from a jumble sale!   I was behind a stall at a sale to raise funds for Girl Guides.  E was quite a tough haggler at such events so we got talking.  I mentioned that I was hoping to set up a new Guide Company and she offered to help.  Nearly fifty years later she is living in France but we email regularly and still see each other once a year.

M also came along to help at Guides.  We were in the same church and she had a young daughter who wanted to join Guides.  Several years later I conducted the daughter's wedding.  M is now very house bound but we phone each other weekly and I think both if us have smiles on our faces for quite a while after the call has ended.

J came as my chimney sweep.  When he had done the job he told me that he always gave his clients a gift before he left.  That year it was shoe polish.  In subsequent years he gave me rum flavoured bubble bath, Winnie the Pooh sticking plasters and a bunch of carrots with a knife to scrape them.  Just in case you haven't realised J is Jack - you can find out more about him if you click on "Jack" in the sidebar.

I could go on about friends I have met through Church, about my neighbours and about people I met casually but wanted to know better.  All of them are precious to me.  Here's a round I learnt in Guides many years ago

One is silver and the other gold.

Posted by Frugally challenged at 09:24 2 comments:

E is for Enegy and EDF 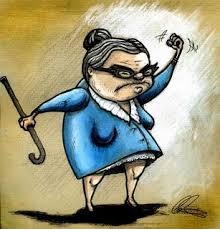 I am not one of nature's ranters but EDF has got right up my nose!
I think I am one of the luckiest people on the planet because I bought a thirty month energy fix last August before prices went haywire.  My monthly direct debit is very low now compared to many especially as I have built up a large credit over the last year.  I've had a more efficient  boiler installed and I have been replacing quite a few appliances with energy efficient jobbies as the old ones have come to the end of their life.

Where I am not lucky is in my smart meter!  I am very pro smart meter and I used to have one which worked well and definitely helped me reduce my usage.  However, it was replaced about eighteen months ago and the new one, although it is supposed to be smart is DUMB!  It won't communicate with EDF and the in-home display won't work either.

I complained to EDF and an engineer came and said the chances of it ever communicating with EDF are negligible and it needs replacing but EDF won't do that.  My meters have to be read manually and as I am disabled that is difficult for me - which is why I want a smart meter.  Initially they said they would read quarterly (because of my disability), then they said annually, and now it will be only once every two years!!!

It is read only biennially so I will receive an accurate bill only once every two years.  The corrections will be made at the end of those two years at the rate chargeable at that time.    I shall have to ask other people to read it for me.

This makes me really angry.  The change of frequency has received no publicity and it will hit vulnerable people very hard.   I am OK but please help anyone who might need help in meter reading and submission of readings.

Posted by Frugally challenged at 12:47 6 comments: