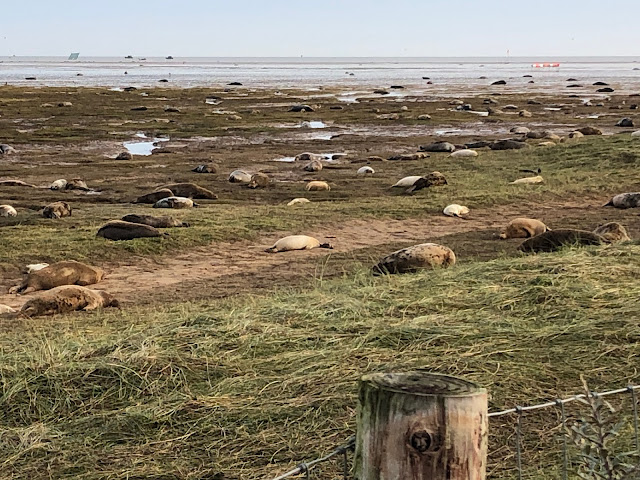 Posted by Frugally challenged at 06:12 6 comments: 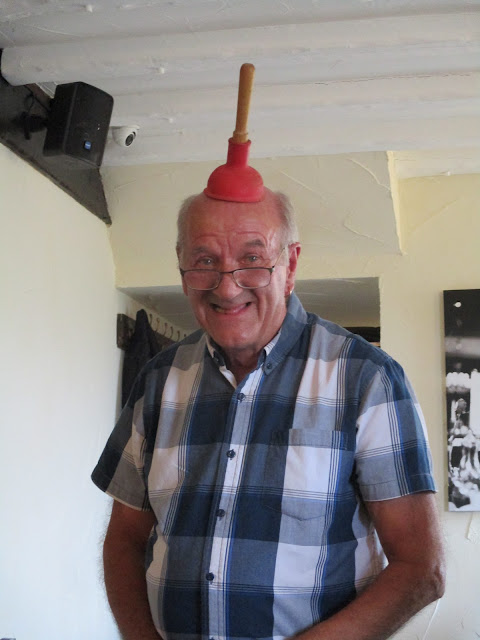 Posted by Frugally challenged at 18:26 4 comments:

I've been to the highest point in the wolds today, to the tiny village of Normanby.  These villages with a population of about 60 are quite common in this part of Lincolnshire but each has its own church which is treasured by its community. 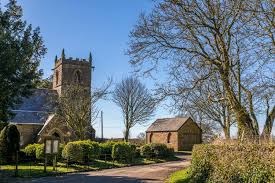 I feel very treasured by the congregation here.  During the pandemic, when I was fairly rigorously isolating, they made it possible for me to celebrate the Eucharist on Christmas Day.  It was the first time in over nine months that I could do so. 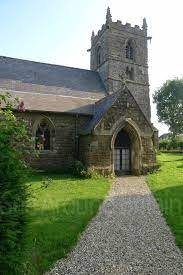 There has been a church here since before the Doomsday book of 1086 but the present church is much newer, dating from the thirteenth century.  By 1867 it was very dilapidated so it was "restored" and a new chancel built.  It's open daily for visitors, often people walking the Viking Way.  I helped to provide some benches so that walkers could take off their boots and have a good look around without fearing of leaving muddy footprints! 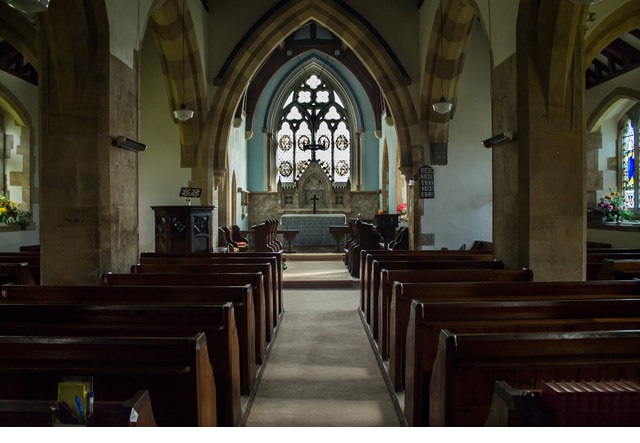 It is cleaned (and loved!) by a wonderful lady and she is a treasure!  During the pandemic I was one of a group of well wishers who assembled (socially distanced of course) to sing Happy Birthday when she was ninety.

Posted by Frugally challenged at 10:19 6 comments:

Patriotism is not enough

Nurse Edith Cavell was the daughter of a country parson.  The Reverend Frederick Cavell brought up his children to have care for those less fortunate than themselves.  Edith became a governess and she didn’t start to train as a nurse until she was 35 and in 1910 she was recruited to be matron of a newly established nursing school in Brussels. 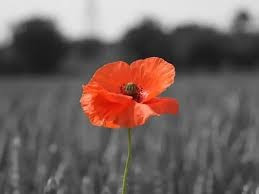 When World War I broke out, she was visiting her widowed mother in Norfolk but she returned to Brussels where she began sheltering British soldiers and getting them to the neutral Netherlands.   It wasn’t just Brits either: she sheltered British and French soldiers and Belgians and French of military age. She was arrested and charged with harbouring Allied soldiers.  She was held in prison for 10 weeks, the last two in solitary confinement. She admitted she had helped about 60 British and 15 French injured soldiers and about 100 French and Belgians of military age.

She made no attempt to deny the charges and she even told the court that the soldiers she had helped escape thanked her in writing when arriving safely in Britain. This established that she helped them escape to a country at war with Germany.  As the case stood, the sentence according to German military law was death. 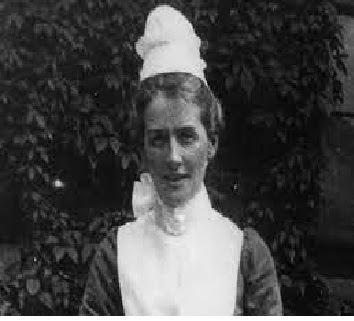 The German civil governor said that Edith should be pardoned because of her complete honesty and because she had helped save so many lives, German as well as Allied. However, the military governor of Brussels ordered that the execution of Edith Cavell should be carried out immediately.

The night before her execution, she told the Reverend Stirling Gahan, the Anglican chaplain who had been allowed to see her and to give her Holy Communion, "Patriotism is not enough, I must have no hatred or bitterness towards anyone.  I have no fear or shrinking; I have seen death so often it is not strange, or fearful to me!”

One of the first memorials to her was unveiled in October 1918, even before the war was over when Queen Alexander opened a nurses’ home named after her in Norwich.

Posted by Frugally challenged at 08:58 9 comments:

I is for Ingenuity

It's going to take a little effort to think of topics for each letter of the alphabet (although Sue is steaming through them!) and Imagination and Ingenuity will be called for.

But there is huge satisfaction in using ingenuity to solve a problem!  I enjoy solving sudoku and crossword puzzles but they cannot compete with the satisfaction I find in thinking of a substitute for an ingredient needed for a recipe but absent from my cupboard.  Or finding a route to avoid roadworks.  Or making do and mending rather than going out and buying more stuff. 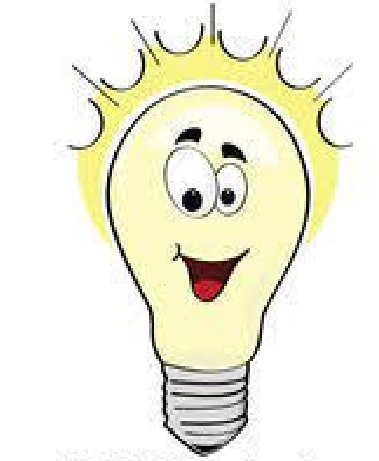 There is such satisfaction in a lightbulb moment!  When one has almost felt defeated by a problem and suddenly a solution pops into one's head and it really works!  Roll on lightbulb moments!

Now, I wonder if a little ingenuity could help me find a subject for J?  Somehow, I don't think that will be too difficult!  (Somebody has been dropping hints!)

Posted by Frugally challenged at 04:48 7 comments:

H is for Home 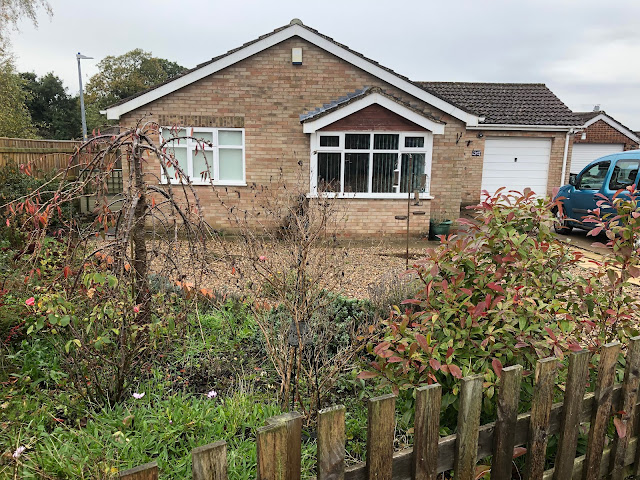 Home is my favourite place anywhere!  There is nowhere on earth I would rather be,   Here I can really be myself.  I'm happy to show you the outside of my house, but inside it's home, my personal space and I share only very small areas on my blog.

It's where I can plan and dream about the future, and reflect on the past.

It's where I can welcome others.  When people come I can share who I am and who they are.

It's where I can weep and where I can rage, if that's how life grabs me.  And then I can dry my tears and recover my composure at my own pace.

It's where I can truly explore.  I don't need to go anywhere else to learn about the world, new skills or new experiences, unless I want to.

When I leave these four walls I am secure in knowing that back here my home will be waiting for me.

To be homeless, to be a refugee, to be on the streets is unimaginable misery and those who have no real home are a worry to me, as are those whose home is a place of fear or abuse.

Thank God for my home!

Posted by Frugally challenged at 04:49 4 comments: 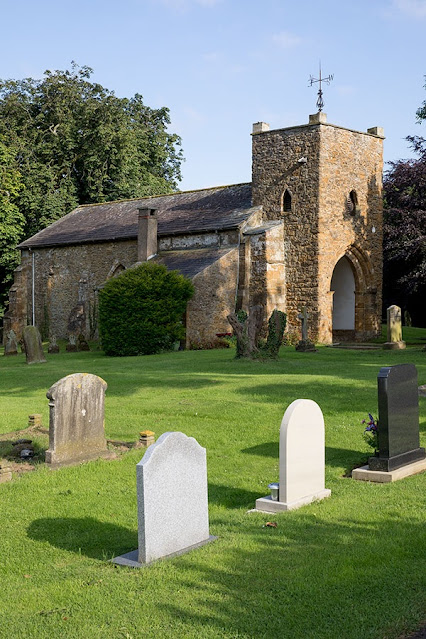 Stainton le Vale isn’t one of the largest places I have ever been to as it has a population of just 50.  Yesterday there were 8 people in church but some were from other surrounding parishes as well.  We even had a lady who had come from Derby, about ninety miles away!  She visits the area regularly and likes to try a new church each time she comes.

It was the old Book of Common Prayer service with a sermon but no hymns.  Last month they had their very popular Harvest Festival and next month they will have an equally popular Carol Service. 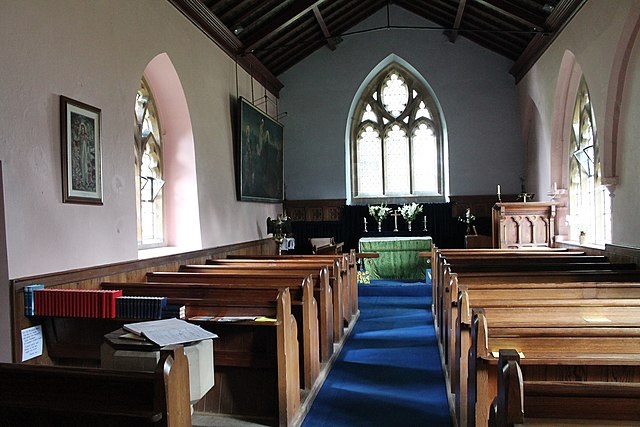 Stainton is steeped in history. There is evidence of Roman habitation and an Anglo-Saxon settlement and there are some of the most extensive mediaeval earthworks in the country. The present church dates from about 1100AD but of course most is from later periods.

Posted by Frugally challenged at 06:41 8 comments:

TWO?  That Was October!
It was the month I turned 71 and celebrated suitably.  In fact, two weeks on, I am still going out for birthday meals.  I was supposed to go out today but a friend has the dreaded C***d so we have had to postpone. 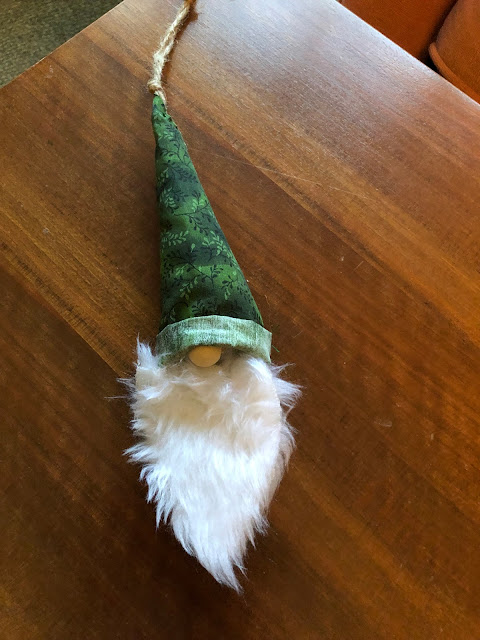 I've been doing a lot of craft courses,  We have a local set-up called CLIP, Community Learning in Partnership, and I have done a Christmas fabric craft course and a rag quilting course with them.  Both are on-going but I thought you might like to meet my gnome.  I have called him Dopey.  The rag quilting is with pre-loved fabrics which I've found in charity shops.

I've also done an on-line macrame course with Hobbycraft and made two trees and a star.  It was supposed to be a garland but I may detach the things from the garland and just hang on my tree. 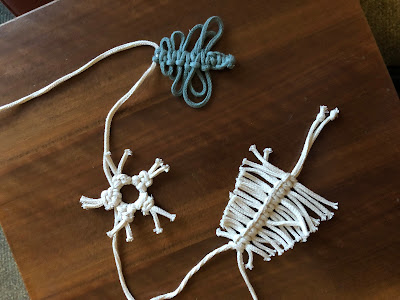 I had my breast screening and got the all-clear again so that also makes me very happy.

I have been rather active in leading worship and have visited several new-to-me churches which I may write about sometime.

Not a bad month.  (Except that Blogger is being even more temperamental than usual.)

Posted by Frugally challenged at 17:12 10 comments: