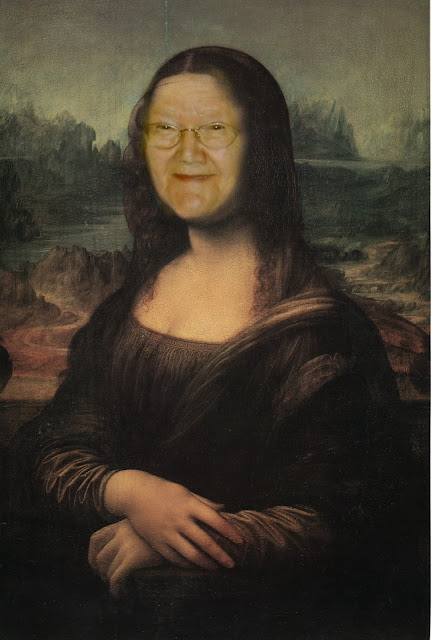 The warden showed me something of the technique.  So my Mother got a very special portrait.
Posted by Frugally challenged at 01:26 4 comments: 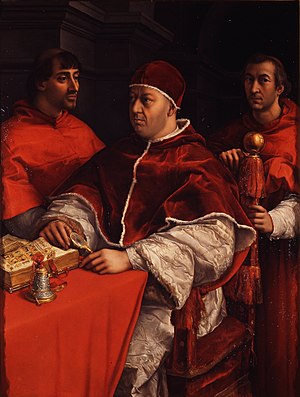 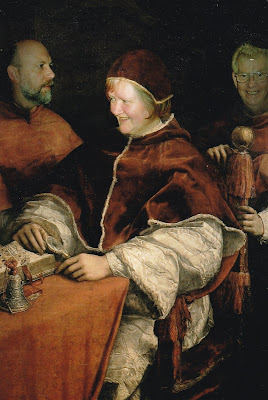 I spent fifteen years as Rector of a small group of parishes and was privileged to work with some very talented people.  One of my wardens had a great talent for manipulating images.  He took an image of Leo X and two of his cardinals and created a portrait of me with two of my wardens.  I think I look a little jollier (and I hope more approachable) than did His Holiness.

Posted by Frugally challenged at 18:02 8 comments:

Isn't language fun!  I've just been over to visit Terra Garden where she has been giggling over "pootling" and "faffing" both of which words are very familiar this side of the Atlantic but apparently not yon side of it.

I love the richness and diversity of English wherever she is spoke!  The classic is of course that a man going out in the USA in vest and pants would, I believe, look quite respectable whereas here he would raise a few eyebrows especially if he were wearing suspenders as well.  A President can be called Trump in the USA but the word has a very unfortunate slang meaning here.

I had a batch cooking session last week and I made ratatouille using courgettes from the garden and an aubergine I was given but over the pond I would have had to use zucchini and egg plant for the same dish.  Swede and carrot would have involved the use of rutabaga to go with the carrot.  Bubble and squeak is commonplace here but when I mentioned it previously a couple of American readers didn't know that it could be eaten.

Come on - can you highlight a few fun differences?
Posted by Frugally challenged at 06:45 11 comments:

Summer can be lovely but autumn brings its own delights.  Comfort food.  Leaf kicking.  Autumn colours.

I've just fetched my crochet blanket from the airing cupboard where it has spent the summer.  And it is beautifully warm.  I am wrapped up and enjoying something totally mindless on the TV.  Bliss.

Autumn and winter can be a little depressing but they have their own joys.
Posted by Frugally challenged at 18:00 3 comments: 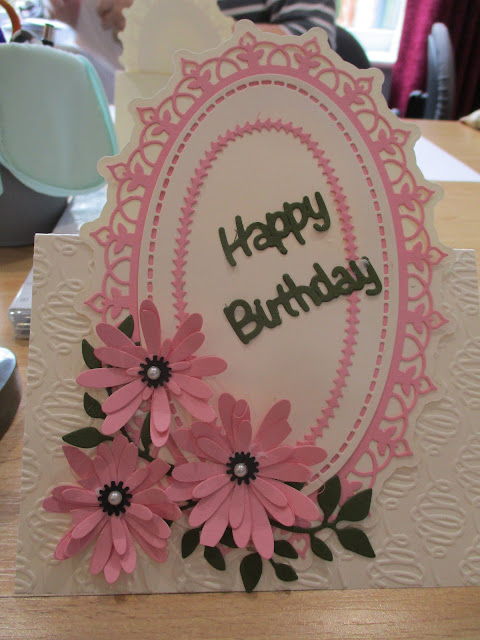 . . .  since I posted on this blog.  I'm having one of those times when getting anything done seems to be an impossible dream.  My get-up-and-go has, as they say, got-up-and gone.  Not unhappy, just a bit flat.


But who could be a bit flat when card making calls!  I went to Mandy's today and came home with three cards - here you go. 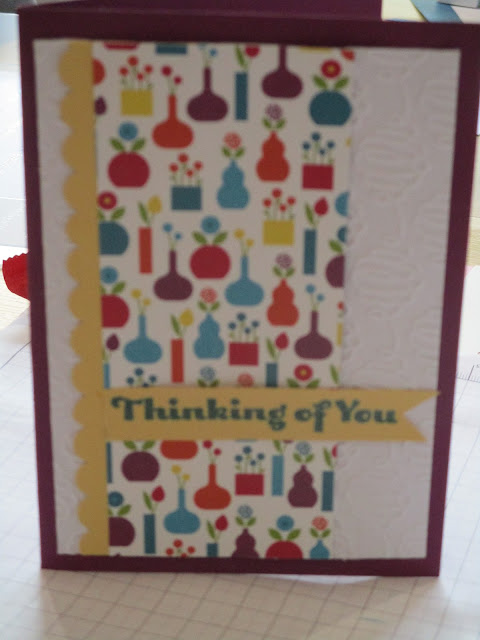 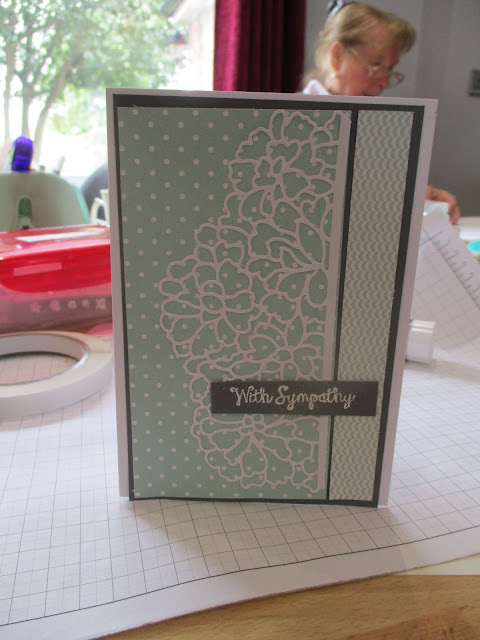 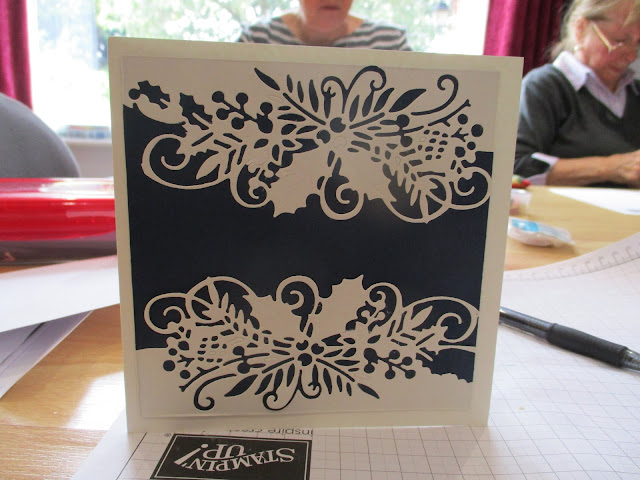 You may be thinking that I can't count as there are clearly four cards.  Well, the "Thinking of you" card has already be posted.