Yesterday was my monthly card making session at Mandy's.  Mandy really is the most patient of women.  There were five of us there yesterday and although she had prepared everything for us, we still seemed to be keeping her permanently on the hop finding extra things when we made mistakes or decided we wanted to make a few variations on her cards.  She's a great gal and she always assures us that we don't make mistakes: we create learning opportunities.  She used to be an infant school headteacher and I think she's got our measure!

So here are the results of my learning opportunities.


Posted by Frugally challenged at 07:36 6 comments:

I'd waited a long time. The first real milestone came on 11th November 1992 when to my enormous surprise the General Synod of the Church of England decided that the time had come to ordain women as priests.  That decision was followed by sundry shenanigans as various objections were raised in parliament, in the courts and anywhere else that anyone could object but on 12th March 1994 thirty two women became priests at Bristol.   Forty three days later I knelt before the Bishop of Lichfield and was ordained.  That same evening, 24th April 1994 I celebrated the Eucharist for the first time in Shrewsbury Abbey.  Today is my Silver Jubilee.

Apart from a period of one year after I retired when I was carer to my terminally ill sister, I have had either a licence or permission to officiate in the Church of England since that day and still marvel at that privilege.  Most recently I celebrated at Thornton le Moor on Easter Sunday and at the beginning of the service I shouted "Alleluia!  Christ is Risen!"

May women and men continue to shout those words for ever and to all corners of the world.
Posted by Frugally challenged at 05:13 7 comments:

May each of you have a joyful and blessed Easter! 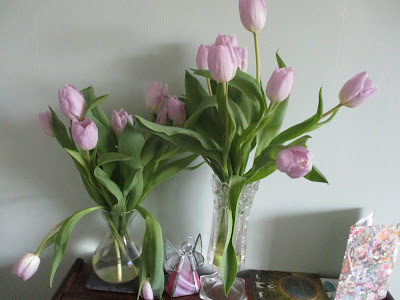 My own Easter is truly blessed.

Last Sunday I came home from church and found these on my doorstep.  My dear friend Clare had come home from Holland n the overnight ferry and brought them back for me!  (Sorry, they've now gone a bit floppy.) 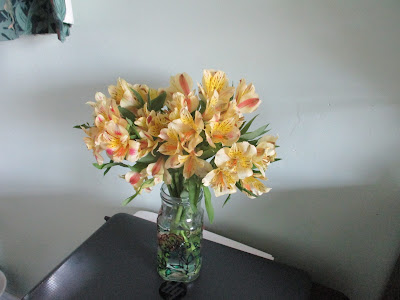 On Tuesday I came home and found these on my doorstep.  My friend Sarah had called on her way somewhere else and had left them for me. 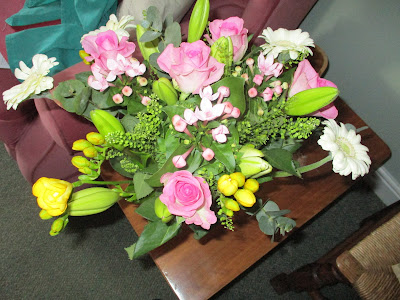 On Thursday postie brought these.  My friend in Dorset had sent them for me.

Postie also brought me a very important letter.  Several weeks ago I went to the doctor as I had concerns about my health.  I had blood tests and a colonoscopy and the letter was to confirm that I am clear of cancer.

Truly, I am most richly blessed.

Posted by Frugally challenged at 20:06 6 comments:

Marching Out and Anticipating April 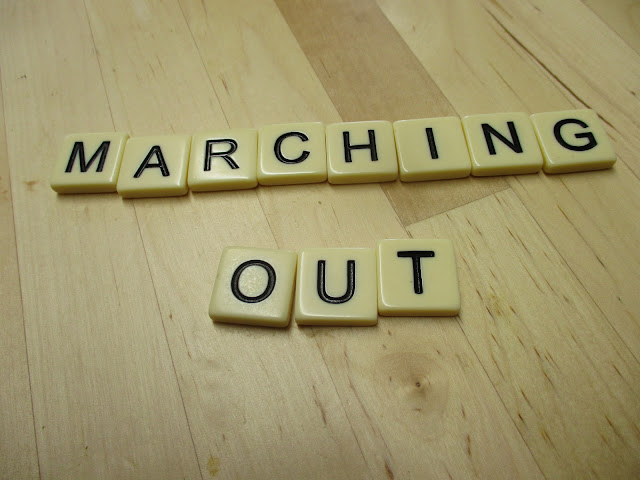 March has been quite a good month here. 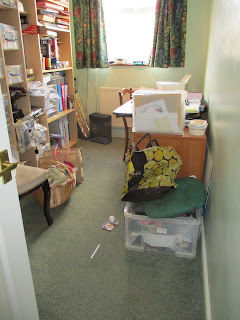 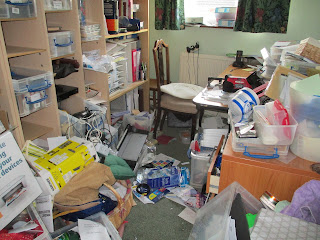 I've been beavering away at my playroom and it is now safe to start on the start-at-one-corner-and-do-it-bit-by-bit tidying.  I had to do the move-it-all-out-and-get-a-bit-radical routine first or I could have had a serious fall!  Anyway, here's the before  and today pictures.


I walked a lot more in March than I did in February but not as much as January so I'm hoping to concentrate on that a bit more this month.  I'm also trying some gentle exercises, some chair based, to improve my flexibility.

I've revived my other blog with the aim of keeping myself to the financial straight and narrow and I've smashed my target of living below my means by £400.  I'm aiming for savings of £5000 by the end of the year. 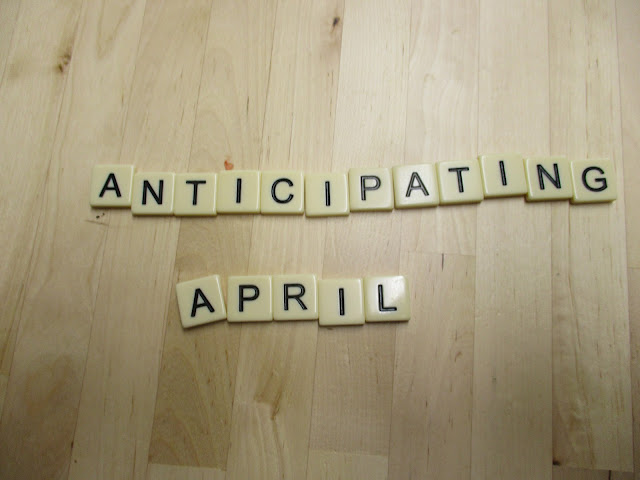 So, now to look forward to April.  Church-wise I shall be busy especially around Easter.  Auntie Hettie will be 94 this month so we are having a small tea party for her.  I've got several meals out with friends.  I shall do a lot more at the playroom and I want a few days out as well.

Posted by Frugally challenged at 10:43 14 comments: