I've started reading the Christmas story again and, as always, something new hit me this year.

Joseph and Mary travelled to Bethlehem because there was a census and everyone had to go back to the place the family called home so that they could be counted.  Everyone.

It should surely have been a family expedition.  And yet there is no mention of any of Joseph and Mary's family being around.   No aunts and uncles seem to have called in.  No cousins visited.  There were shepherds and angels and fancy chaps from the east but family visits?  None.

Was it that family visits were too insignificant for the gospel writers to have recorded?  Did everyone disapprove of the couple so much that they left them alone?  Did the rest of the family not bother to go to Bethlehem to be counted?  I'm sure scholars must have pondered this one over the years but it is this year that it has really struck me.

For me Christmas Day will be the same as it has been these last eleven years since I retired.  I'll go to church (first time since March!) then it's home for a quiet day alone.  But for others it will be the year when they don't meet up with their extended family, when they have to see their grandchildren's faces on a screen.  We had our usual street meeting on Thursday and all the other households would normally be travelling to stay with their children and grandchildren but they all feel it would be too risky so we all got quite excited when we decided to have a street meet-up at 6pm Christmas Eve.  (I'm even planning to put jingle bells on my mobility scooter for the occasion!)  We're all valuing little things which would normally be very unimportant. 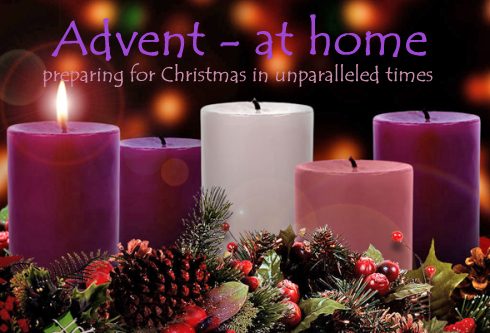 Posted by Frugally challenged at 18:00 7 comments:

It makes a change!

I used to enjoy walking.  A lot.  I would walk to and from school,  I would go out for walk of a couple of miles before bedtime.  I walked my dog.  Walking was good thinking time, time to set my mind in order.

But sadly as the result of an accident nearly fifty years ago walks of more than half a mile or so became impossible about fifteen years ago.  A mental breakdown ten years ago left me with panic attacks if I walk more than two hundred yards.

I'm OK around my house and garden so every day I walk up and down the hallway in five minute bursts to walk about two thousand steps over the course of a day but it is always boring and sometimes quite difficult.

Being stuck at home has made me decide to see how far I can push my boundaries.  How many steps can I manage around the house?  And even, could I walk around my block?

A couple of months ago when Jack was here I ventured out, taking my mobile phone and making him promise that he would bring his car and rescue me if necessary.  It took me twenty minutes and five "sitting downs" on my walker and he didn't need to rescue me but I hadn't tried again.

This morning Claire-from-along-the-road phoned and suggested a walk.

I managed it!  It took just fifteen minutes and "three sitting downs".  I deserve this extra sit-down!

Posted by Frugally challenged at 10:24 9 comments:

The Tomb of the Unknown Warrior

This year marks the centenary of the burial of the unknown warrior. The idea of such a tomb goes back to 1916 and an army chaplain called David Railton.  He’d seen a grave marked by a rough cross, and on it was written in pencil 'An Unknown British Soldier'.  After the war he wrote to the Dean of Westminster proposing that an unidentified British soldier from the battlefields in France should be buried in Westminster Abbey "amongst the kings" to represent the many hundreds of thousands of Empire dead.

But who should it be – after all, by definition it had to be the body of someone unknown.  So six bodies were exhumed from six different battlefields and brought to a chapel.  Two senior officers went into the chapel where the remains were on stretchers each covered by Union Flags.  The most senior officer was blind folded and laid his hand on one of the bodies. The two officers placed the body in a plain coffin and sealed it. The other bodies were then taken away for reburial.

The coffin of the chosen coffin was then placed in a casket of the oak timbers of trees from Hampton Court Palace.    The casket was banded with iron and a medieval crusader's sword, chosen by the king personally from the Royal Collection, was affixed to the top and surmounted by an iron shield bearing the inscription 'A British Warrior who fell in the Great War 1914-1918 for King and Country'.

With great ceremony the casket was taken back to Westminster Abbey.  First it travelled on a French military wagon, drawn by six black horses. It was saluted by Marshal Foch and then piped aboard the destroyer, HMS Verdun.   The Verdun was joined by an escort of six battleships.  As the flotilla carrying the casket landed in Dover it received a 19 gun Field Marshall's salute. It was carried to London in the railway carriage which had previously carried the body of Edith Cavell. The train went to Victoria Station, where it remained overnight.

On the morning of 11 November 1920, the casket was placed onto a gun carriage of the Royal Horse Artillery and drawn by six horses through immense and silent crowds. As the cortege set off, a further field marshal's salute was fired in Hyde Park.  The casket was then followed by the king, the Royal Family and ministers of state to Westminster Abbey, and was carried into the West Nave of the Abbey flanked by a guard of honour of recipients of the Victoria Cross.

The guests of honour were a group of about one hundred women.   They had been chosen because they had each lost their husband and all their sons in the war.  The coffin was then buried in the far western end of the nave, only a few feet from the entrance, in soil brought from each of the main battlefields, and covered with a silk pall. Servicemen from the armed forces stood guard as tens of thousands of mourners filed silently past.

The grave was then capped with a black Belgian marble stone.  You may walk on any floor tomb in the Abbey except that one and it bears an inscription engraved with brass from melted down wartime ammunition.  It reads

“Beneath this stone rests the body of a British warrior unknown by name or rank brought from France to lie among the most illustrious of the land and buried here on Armistice Day 11 November: 1920, in the presence of His Majesty King George V, his ministers of state, the chiefs of his forces and a vast concourse of the nation.  Thus are commemorated the many multitudes who during the Great War of 1914 - 1918 gave the most that man can give - life itself - for God, for King and country, for loved ones home and empire, for the sacred cause of justice and the freedom of the world They buried him among the kings because he had done good toward God and toward His house.”

Posted by Frugally challenged at 09:59 12 comments:

I can't begin to imagine how life is feeling in America at the moment.  It sounds frightening and, like many Brits, I'm praying for you.

In England, (it varies through the UK),  we are having a different kind of tough time at the moment as we enter a second lockdown.  Right at the beginning of the first lock down I sat down with a large coffee and a little something and I decided that I would regard it as a gift time and, for the most part, I carried that intention through.

It's been even harder to make that resolution the second time.  I know I'm in for a lonely few weeks.  (There's no-one I can bubble with.)  This time around I won't be able to sit in my garden so much.  There's no sense of novelty. 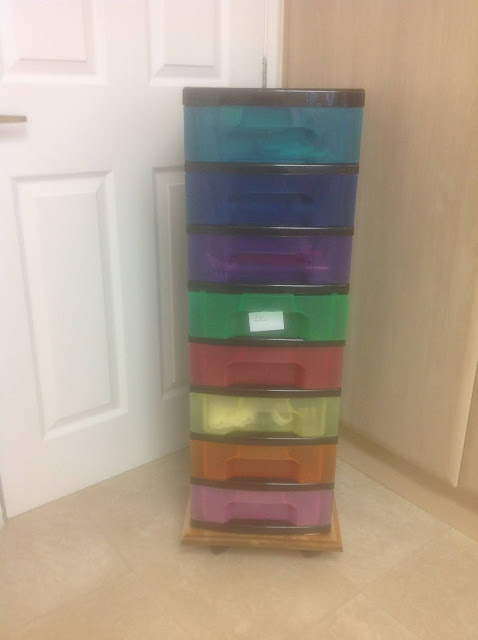 On the other hand I've been here before and I have some strategies.  I've sorted quite a bit in my house so it's even nicer to be in.  I'm into a routine of telephone calls on a regular basis.

So, once again this will be gift time - in fact this time, it will partly be a time for making gifts!  It will be a time for reflecting on all the good things I have been given - not just material things but love, determination, and inspiration (thanks Tracing Rainbows for reminding me of that one).

Jack came on Tuesday and he won't be here again until after lockdown but he left me a little encouragement.  I've had these  storage drawer quite a long time but there were only two wheels on this particular wagon and I'd lost the other two.  Jack made a wheeled platform and fixed the drawers on so I can do some organising and decluttering,
And as further inspiration he says that if I don't use it for that I could use the platform as a skate board.

Amazing ideas he has, does Jack!

Posted by Frugally challenged at 10:41 11 comments:

Looking back at October 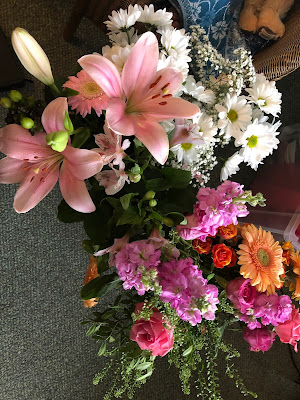 Well, we are all going to have to adjust back into lockdown.  To be honest I didn't really come out of isolation very much.  I had two days out (Clumber Park and Gunby Hall) and a visit to Brigg, and I visited a couple of cousins but I have maintained my seclusion.  Jack has been, but not into the house.

But October was good.  The big event for me was my birthday.  Truth to tell I had expected a non-event but the event was suitably marked.  I had lots of flowers, always one of my favourite gifts.  I cooked a very special meal and indulged myself. 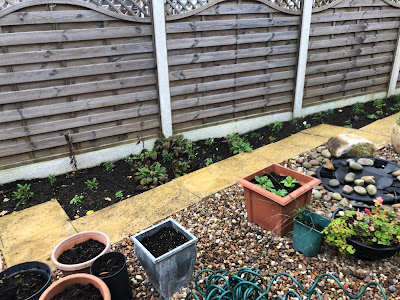 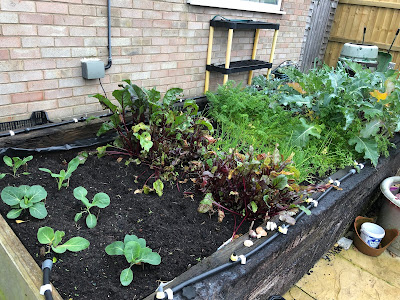 When Jack comes my quality of life rockets!  He has been doing all sorts of jobs and here is some of the evidence.  My flower borders and vegetable patch are all ready for the winter. 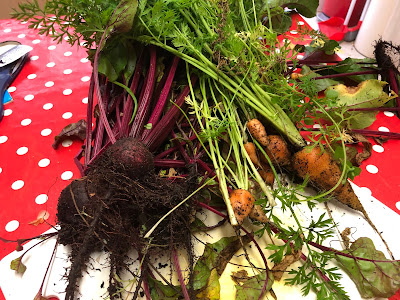 And when I have my lunch today I will have lovely fresh vegetables.  Thanks to you, Jack, I can have birthdays all the year around!
Posted by Frugally challenged at 10:09 14 comments: