I've been rather secluded for over 400 days now so I've done all the adjusting I need to do to cope with seclusion!  I'm beginning to think more about adjusting to going out instead.

I've had a bit of a whammy on that front though.  Back in February I got very excited when I was vaccinated.  Whoopee, I thought.  I'll soon be immune to this wretched virus. 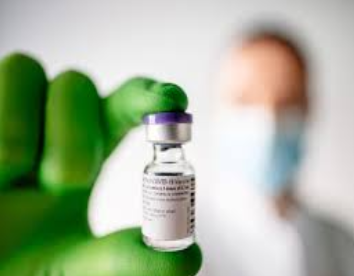 Back in July 2020 I wrote about being part of a survey for the Office for National Statistics and having swab and blood tests on a regular basis to see if I have (or have had) Covid.  I'm still having the tests and my blood should now show that I have developed antibodies as I have been vaccinated.  Unfortunately both the tests which have been done since I had my jab (Pfizer, if you're interested) do not show that antibodies have developed.

So suddenly I feel vulnerable again.

If you are wondering whether or not to have the vaccine, please have it.  There are others for whom vaccination will not work and we rely on as many people as possible to do their bit so the virus can be eliminated.

Posted by Frugally challenged at 11:28 8 comments:

Not quite as Leonardo envisaged 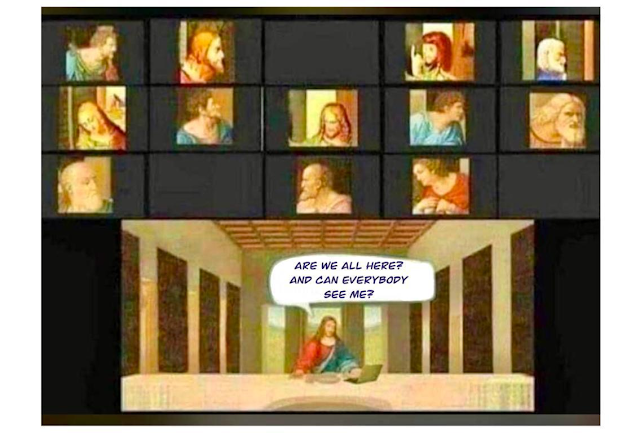 Posted by Frugally challenged at 09:57 7 comments: 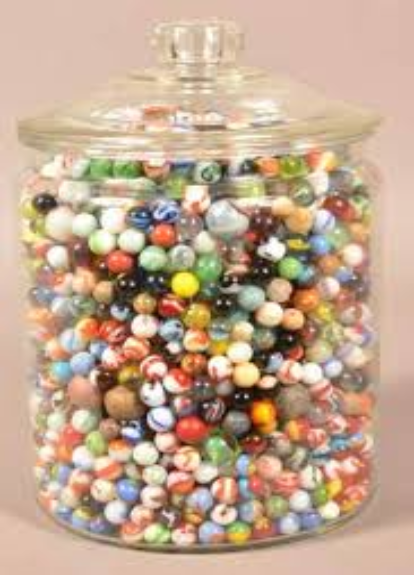 I’ve reached the age now where I can hear my friends saying that they reckon I’m starting to lose my marbles.  I’ve got news for them – I began to lose my marbles a long time ago but not long ago I read a story which made me feel that I wanted to go and get some more marbles, real ones, not metaphorical ones. Marbles might not seem to you to have much to do with Easter but Easter and marbles both tell us that there’s more to life than just life, if you see what I mean.

It was a story of a man who worked long hours, who spent a lot of time away from home and never seemed to have time for his children.  He was sitting one Saturday and feeling a bit sorry for himself but to amuse himself and to try and keep his brain in trim he did a bit of arithmetic.  First of all he realised that the average person lives about seventy-five years.  Some live more, some less but seventy-five is the biblical three score years and ten with a bit extra for good luck. 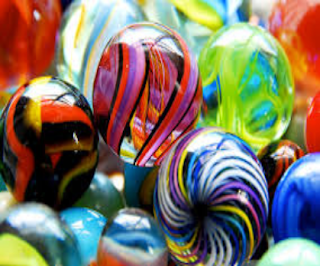 He then went to a sweet shop and bought a big jar of sweets and he gave the sweets to the children of the village because he thought that might be fun and he kept the big empty jar for himself and he put his marbles into his jar.  And then each Saturday he took one marble out of the jar.

Slowly he watched his collection of marbles diminish but as he took each marble out of the jar it helped him to focus on the really important things of life.  It was as though he was watching his time on earth running away and he needed to get his priorities straight.  And so he found more time to play with his grandchildren than ever he’d had to play with his children.  He found time to make some fantastic hanging baskets.  He took up rambling.  He ran a couple of courses for U3A. 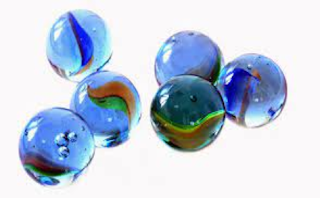 Now the odd thing is that he worked out that sum about thirty years ago and so the really clever among you, who still have your metaphorical marbles, will know that he had gone through all his marbles.  So you might be thinking shame.  Poor old fellah.  But that’s not what the man thinks.  Because he got another jar and again gave the sweets to the local children but instead of taking one marble out each Saturday, he puts a marble in.  Each marble that goes into the new container is bonus time.  It is more time to notice the flowers, to appreciate his great grandchildren, to learn to cook a new dish.

We're all mortal, and some of us don't have too many marbles left! It's so important to get priorities straight while we have time. And real priorities in this life are to do with relationships and love.  Important things are watching your children or grandchildren playing football, listening to excruciating violin practice; making sure your old Mum is OK; telling your wife or husband that you love them, ringing up that friend who you've been thinking about but haven't got round to contacting.

And there is another priority that we need to get around to and that is forgiveness.  If there's someone in your life who has damaged you in some way, do try to forgive them before it's too late. You see, if you don't forgive them it's no skin off their nose, but it does continue to damage you. Being unable to forgive is a real block inside you.  It’s a heavy block, like a building block and it’s an impenetrable block to God’s love reaching you. When you can't forgive, even if you push all memories of the incident or incidents to the back of your mind, hatred is still nurtured and nourished inside you. And hatred eats away at your soul.

When Jesus died he showed us just what it is to love.  Human beings did their worst to him.  He was betrayed by one of his best friends, he was flogged, he was nailed to a cross and passers-by were told that he was a criminal And he still went on loving them despite all that. He even prayed for them and for us, saying to God, "Father, forgive them for they don't know what they're doing." I say he prayed for us for that is what we human beings still don’t know what we are doing.

In a way, we still nail him to the cross, because we human beings still betray other people, still damage and hurt other people, still gossip about and malign other people. And every time we do that, it's like hammering another nail into his hands and feet. Yet God forgives us. We have all been forgiven so much, and all God asks in return is that we love and forgive each other just as Jesus showed us.  And then we can receive God’s love and forgiveness as well.

How many marbles do you have left? There are 290 in my metaphorical sweetie jar.  How many bonus marbles have you collected?  How much time do you have for that act of forgiveness, for that demonstration of love?

How many marbles do you have left? Life is too short to waste time on grudges and hatred and spite and resentment. Let it all go. Give it over into the hands of Jesus and open your heart to him so that you too can receive all he has waiting for you. And then it won't matter how many marbles have passed through that jar.

Posted by Frugally challenged at 17:07 3 comments:

So much kindness - and a chocolate hen

Last Sunday I thought I wasn't going to be able to get our of bed as the pain was so bad.  I've always got pain but this was something completely new.  Oral painkillers and gel and two walking sticks got me to the loo and my chair.  Monday and Tuesday were equally bad.  Wednesday I had a delivery from Sainsbury and had to ask the man to transfer everything into bags so that Annie-the-home-enhancer could deal with them.  He was so lovely that I burst into tears!  Annie arrived just as he was leaving and he told her he was sorry he couldn't give me a hug.

Annie was wonderful and insisted I went to the doctor so I made an appointment.   Off we went (after she'd cleaned the house and sorted me out!) and I struggled into our local health centre,  I saw a lovely new doctor who was so concerned that he fetched a wheelchair and pushed me out to Annie's car after he had checked me over and decided that I needed to go to A & E.  Annie was way over the hours I pay her for but she insisted she would take me to the hospital and she came in with me as wheelchair pusher. (I was allowed an assistant even under covid regulations.)   It has been decided that I need a knee replacement urgently, (although urgent is problematic under present conditions) so I have now come home with lots of pain relief until this can be sorted. 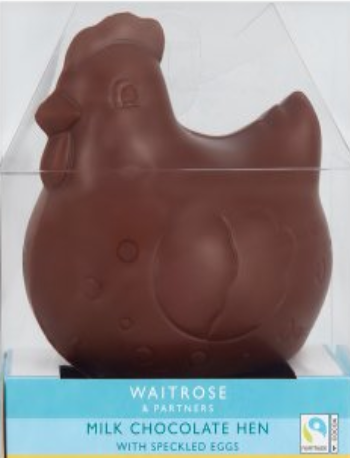 Annie has five children so someone had been caring for them while she was looking after me.  That someone was the wonderful Lizzie.

I was supposed to be leading a service on zoom but Revd Eileen sorted that,

A neighbour came around as soon as I got home and others have been (or phoned) since.  Jack is coming in the next few days and no doubt he will sort me out!

Various friends have come up with a wheelchair, a smaller walking frame for use indoors, two cushions to protect against pressure sores and a raised toilet seat.

And a chocolate hen.

There is so much kindness in our world.

And such a lot of it comes my way.

Posted by Frugally challenged at 07:55 16 comments: